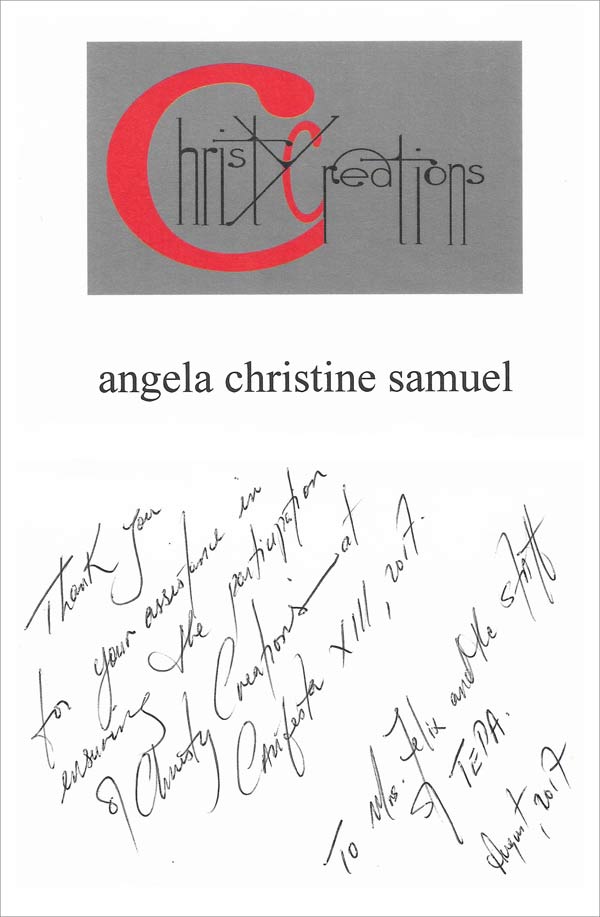 Christy Creations recently returned from CARIFESTA 2017 in Barbados and is thankful for having been part of this year’s festival. Company owner and creative genius, Mrs. Christine Samuel, invested tremendously to ensure that her hand bags were visible and available at Carifesta’s Grand Market. She was confident that the returns to be reaped would exceed her commitment, and so it was.

Christine returned all-in-smiles and bubbling with excitement at the overwhelming success that she had had at the Festival. Outside of the sales, she made quite a few friends and business contacts which are vital to the success of a small company with a specialty product such as hers.

Leading up to CARIFESTA, Christine approached TEPA for assistance and advice on how she could participate in the Festival. We were able to put her in contact with the event organisers in Barbados, to secure a booth in the Grand Market which would be her doorway to the festival and new business opportunities. We were happy to assist with her preparations and following-up with event organisers at times when it seemed difficult to obtain timely responses.

TEPA avails itself to assisting all our clients in a myriad of ways including technical advice, market research, setting up of business to business meetings, capacity building among others.

We wish to highlight and congratulate the other companies and groups which represented Saint Lucia at CARIFESTA. The delegation included but was not limited to Dupes Did It’s Sherwin “Dupes” St Brice, who delighted the audience with his Saint Lucian enthused renditions; the fashion company Kuumba Designs which was recognised at the festival for the superior quality of their work and obtained various notable leads as a result; and adding to the burst of Saint Lucian creativity at the Grand Market was Meme Bête who was impressed that their products were already known by persons who visited the market and who were asking for their bags by name.

Well done Saint Lucia!!! Our creative industry exports are on the rise thanks to your participation in CARIFESTA this year.