TEPA: Through the Eyes of a Young Mind! 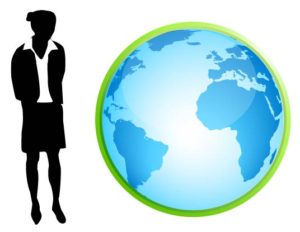 “Eye-opening. Educational. Interactive.” Those are the words used by 18-year-old Tameka Ermee, a year-two student of the Sir Arthur Lewis Community College to describe her two-month internship with the Trade Export Promotion Agency (TEPA). As part of a 2016 Government internship program, Tameka, who dreams of pursuing a career in Marketing Management, received job training at TEPA from June 1st to July 31st 2016.

Admittedly, Tameka says prior to her placement, she did not know much about TEPA. But by her own account, within just a few days in the TEPA office, she soon began to understand just how important TEPA is to Saint Lucia, especially when it comes to pushing Saint Lucian businesses.

“At first I thought TEPA mainly took existing products and tried to export them. But it’s so much more than that and it’s a lot harder than I thought,” Tameka offered. “The staff at TEPA do a lot to work with the businesses to ensure that their products meet export standards. That includes a lot of coaching, training, guiding and sharing of information.”

Tameka says what stood out most during her stint with TEPA was the emphasis placed on helping small businesses grow and develop. She recalled a conversation she had with a small coconut oil producer where he sang nothing but praises for TEPA.

“I was conducting a survey to gain information from TEPA’s clients to learn of their progress. One of the clients I spoke to was Mr St Rose, a coconut oil manufacturer. It made me smile the way he kept saying thank you to TEPA,” she recalled. “He said thank you so many times during our conversation and he even wanted me to make sure I passed on his thanks to everyone at the office. He said TEPA had assisted him a lot with pushing his business and he was impressed with how aggressive TEPA has been in pushing manufacturers in Saint Lucia. He even said that sometimes he would get a series of calls from TEPA just to advise him of a promotion, or an opportunity which would help him.”

“Hearing Mr St Rose say those things really made me see just how important TEPA is to businesses in Saint Lucia,” Tameka added.

Meanwhile, Tameka summed up the on-the-job training as exceptional and diverse.

“I got to do so much,” she gushed. “From surveys, to photography, to client meetings. I even got to attend a meeting with the director. I conducted interviews and spoke to people throughout the Caribbean who I never thought I would speak to. Being here taught me a lot about professionalism and marketing. It was eye-opening to see how the working world is. I’m really happy I had this experience. I learnt a lot and really want to say thank you to everyone at TEPA. They were so helpful, kind and allowed me do a lot.”