Take It With You Saint Lucia

There’s something undeniably unique about Saint Lucian culture, cuisine and art! It’s no wonder Saint Lucians, the world over beam with pride for their heritage and are always excited to introduce others to what’s richly ours. With TEPA and the Saint Lucia Tourist Board’s new North American Marketing and Promotion Campaign in full force, many more will soon become aware of our island’s inimitable delights.

Spearheaded with the name, “Take It With You Saint Lucia,” the marketing and promotional campaign seeks to promote and seek export opportunities for Saint Lucia’s creative and food sectors within the North American Market—predominantly the USA.

Fourfold in nature, the components of the Take It With You Saint Lucia campaign are as follows: 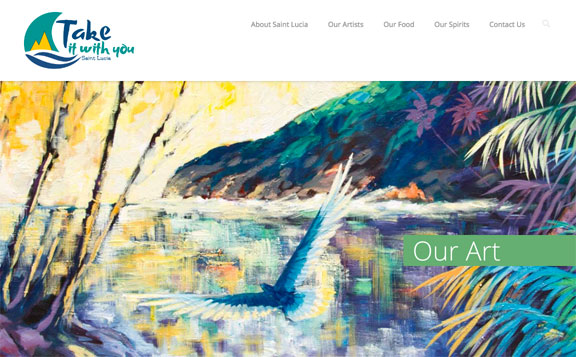 To date, an enthralling phase of the Saint Lucia Flavours food product familiarization campaign involved the filming of a live cooking demonstration by renowned Saint Lucian Chef, Nina Compton, where she prepared exquisite dishes utilizing specific Saint Lucian products such as cassava flour, honey and cocoa sticks. Travel Agencies and food bloggers were treated to the scrumptious meals at Chef Nina’s New Orleans Restaurant, Compere Lapin. Additionally, the produced video of the live cooking demonstration is expected to be utilized by both TEPA and the Saint Lucia Tourist Board in various strategic marketing initiatives.

Without a doubt, thanks to Saint Lucia Take It With You, it will be a matter of time before North Americans are clamouring for a bigger taste of Saint Lucia.