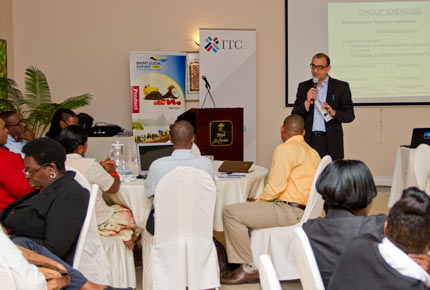 Small Island Developing States (SIDS) were recognized as a distinct group of developing countries facing specific social, economic and environmental vulnerabilities at the United Nations Conference on Environment and Development (UNCED), also known as the Earth Summit, held in Rio de Janeiro, Brazil (3-14 June 1992). Three geographical regions have been identified for the location of SIDS, namely, the Caribbean, the Pacific and the Atlantic, Indian Ocean. Each of these regions has regional bodies to which the respective SIDS may belong for purposes of regional cooperation. These are the Caribbean Community (CARICOM), the Pacific Islands Forum (PIF) and the Indian Ocean Commission (IOC) (source: Small Island Economies: from Vulnerabilities to Opportunities –http://brusselsbriefings.net). Saint Lucia is, by all existing definitions, a Small Island Development State.

The United Nations has been assisting and extending cooperation to SIDS in their sustainable development efforts through the Programme of Action for the Sustainable Development of Small Island Developing States finalized at the Global Conference held in Barbados in 1994, known also as the Barbados Programme of Action (BPOA). The BPOA highlights the vulnerabilities of SIDS and outlines their responsibility for their own sustainable development as well as the need for regional cooperation and the role of the international community in supporting the sustainable development of SIDS. The BPOA recommends that, in order for SIDS to achieve sustained economic growth and sustainable development, it is necessary to develop overseas markets for value added exports in areas in which they are internationally competitive (Vossenaar, Rene. 2004). Economic growth is an imperative for Saint Lucia. Therefore, developing a relevant, Trade Policy aligned National Export Strategy to deliver the benefits envisaged by the Sustainable Development Goals is a matter of national import.

SIDS, including Saint Lucia, face a veritable menu of environmental and socio economic challenges including not limited to:

ITC consultant, Olga Khomula, interact with participants during a meeting to develop a new National Export Strategy (NES) for Saint Lucia in March 2017.

Saint Lucia’s specific situation is further compounded by low productivity. The list is not insurmountable. The Nobel Laureate for Economics, James Meade, once said that Kweyol speaking Mauritius would fail. Mauritius proved that sound policy can overcome the challenges and constraints faced by SIDS.

The development of a successful National Export Strategy involves a collaborative and concerted effort by the public and private sectors. Saint Lucia, led by the Department of Commerce and TEPA, the Ministries of Agriculture, Education, Tourism, Business Support Organizations and the International Trade Center (ITC) is in the throes of developing a new NES for the period 2017-2022. Saint Lucia’s previous NES was completed in 2004 for the 2005-09 period. A major output of the previous NES is the Trade Export Promotion Agency (TEPA). We are overdue for another NES.

Developing an NES is about taking a sector by sector approach to enhancing the ecosystems for Business Development for performance on the international market. Business Development requires five basic elements namely, Human Capital, Financial Capital, Market Access, Appropriate Technology and Government Facilitation. A successful NES would require a mix of the elements that is reflective of the international market dynamics and Saint Lucia’s socio economic and environmental imperatives.

Saint Lucia is developing its NES utilizing the ITC methodology which is based on international best practice. ITC is intimately involved in this iterative process. There were two national consultations and several core team meetings so far this year. Lessons learnt from the previous NES, impediments to export development by sector, trade related donor activity since the last NES, issues affecting Saint Lucia’s investment climate, issues revealed by the World Bank Doing Business Report, actions to address export development impediments, criteria for selection of priority sector, selection of priority sectors, alignment of strategy with Trade Policy and the Sustainable Development Goals are some of the salient issues well ventilated in the process. It is still a work in progress.

The Department of Commerce, through the TEPA, will be promoting the NES and the participation of the public in the process through panel discussions on television, radio, web blogs (e.g. info@tepa.org.lc), facebook, and tweeter. The NES is a policy instrument that will affect everyone in Saint Lucia. It belongs to everyone with an interest in Saint Lucia. Everyone is encouraged to be liberal and “out of the box” in their commentary, written and or verbal.

This article was intended to provide a brief background and rationale for the 2017-2022 NES, to give an indication of the methodology and work which has begun,   and to attempt to broaden the participation in the process. As the process continues, more articles will follow.