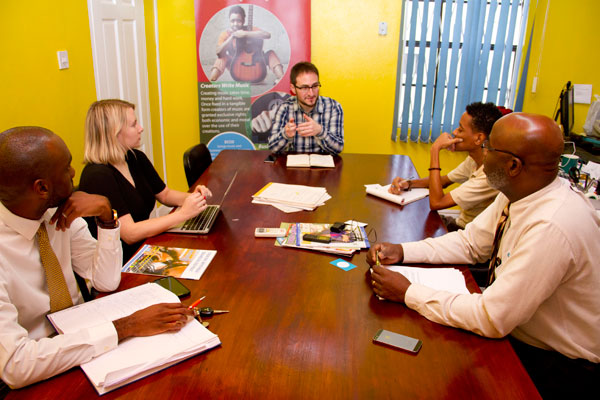 A robust, well-sustained music industry can play a vital role in the advancement of St Lucia’s economy.

The six-month consultancy project which began in January 2016 involved the drafting of the Saint Lucia Music Industry Framework and the Saint Lucia Trade and Export Strategy for the Music Industry. The production of the study was the first in a series of planned steps to strengthen St Lucia’s music ecosystem locally, in order to better position music practitioners to compete at an international level.

According to Sound Diplomacy’s report, while the island is “exploding at the seams with music and festivals, it lacks a number of requirements that are needed to develop and sustain a healthy music and music business ecology”. Additionally Sound Diplomacy notes that “while musicianship is high, very little business skills are developed alongside; its festivals are world class, but it lacks grassroots music venues; and while there is a significant amount of talent, little is provided strategically to market and export that content.”

Sixteen recommendations from across a number of themes, including governance, copyright, education, and infrastructure have been presented by Sound Diplomacy and form part of the music export strategy. This music export strategy will guide TEPA’s efforts to promote and export St Lucian music and the practitioners who fall within the music industry.

TEPA is currently preparing to present the findings of Sound Diplomacy’s reports to relevant music industry stakeholders and practitioners. TEPA looks forward to the launch and action of the Saint Lucia Trade and Export Strategy for the Music Industry.