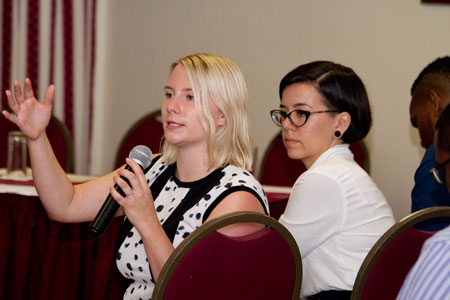 The importance of the music industry to society and the economy can no longer be debated, questioned or denied.

The 2016 Global Music Report by the International Federation of the Phonographic Industry (IFPI) notes that in 2015, recorded music revenues totalled US$15.0 billion; a 3.2% increase over 2014. The report indicates that US$5.8 billion was generated from physical sales; US$6.7 billion from digital revenue; US$2.1 billion from performance rights; and US$0.4 billion from synchronization. Without doubt these statistics denote the viability of the music industry and allude to the income-generating potential of our own Saint Lucian music; if we are able to better position our local industry to earn a slice of the global music pie.

With this in mind, earlier this year, the Saint Lucia Trade Export Promotion Agency (TEPA) enlisted Sound Diplomacy—a leading UK based music development agency—to conduct a detailed study of St Lucia’s existing music framework, and devise a strategy to address identified gaps and boost the island’s music industry. The six-month consultancy project which began in January 2016 involved the drafting of the Saint Lucia Music Industry Framework and the Saint Lucia Trade and Export Strategy for the Music Industry. Last month the findings of Sound Diplomacy’s reports were presented to relevant music industry stakeholders and practitioners.

Sound Diplomacy presented a lack of consistency in music education programmes, as well as a lack of territory level music education programs as significant issues which limit the growth of the island’s music industry. Also of significant note was the low level of digital literacy in St Lucia. Considering the fact that digital revenue constituted 45% of the global music revenue last year, Sound Diplomacy offers that this is one area which must be addressed, immediately. 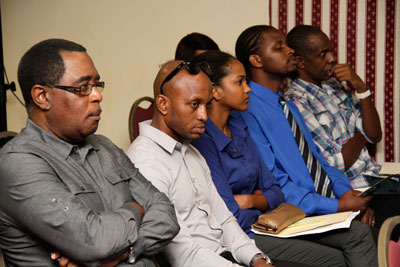 Additionally, according to Sound Diplomacy, another noteworthy factor impeding the island’s music industry is the lack of music business and administrative professionals such as music managers, booking agents, music publishers and lawyers.

“A robust music industry generates employment in all areas of music, from creation through to promotion,” states the Sound Diplomacy Report. However, according to the report this is not the case in St Lucia, as trends and research reveal that the majority of Saint Lucian artists do everything themselves. This, the report says, is directly linked to the lack of music business training programs on the island, which in turn “aggravates the need for development of industry professions such as skilled artist managers and publicists.”

As a result, the UK-based music development agency provided several recommendations to better the island’s music education programs and overall digital literacy; including:

According to the Sound Diplomacy report, it is important that this form of training be offered at multiple levels of education and that a dedicated music business/ administration course be urgently established.

The Sound Diplomacy report highlights a “critical need” for improved digital literacy. “Better awareness of the tools available and the issues surrounding new technologies is hugely important for the creative industries,” the report states.

With the need for greater education and training paramount, TEPA looks forward to the launch and implementation of Phase 2 of the Saint Lucia Trade and Export Strategy for the Music Industry.