A Slice of Saint Lucia in the United Kingdom! 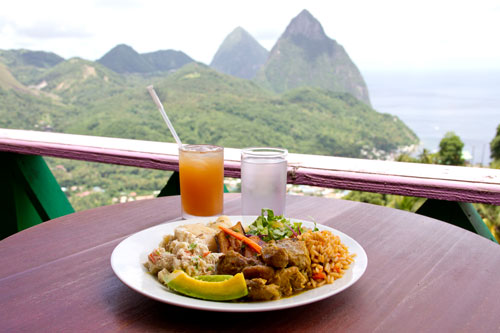 The first of a series of events to increase promotion of St Lucian products within the UK, the Trade Export Promotion Agency (TEPA), in collaboration with the British-Caribbean Chamber of Commerce (BCCC) and Drewton’s Farm Shop will present a St Lucia-themed dinner at Drewton’s Farm Shop. Hosted by the Rt. Hon. Lord Howard of Lympne—Patron of the BCCC—specially invited guests will be treated to a delectable menu of Saint Lucian food at the event.

Andrena Simon, Marketing & Promotions Officer at TEPA says in an effort to create new doorways for St Lucian exporters into the UK market, TEPA has been working closely with the BCCC, to explore available options. Through this relationship, TEPA soon became aligned with Drewton’s Farm Shop—an establishment committed to championing local food producers—and hopes to adopt some of the ideas and methods used by Drewton’s to champion their food and drink producers.

The main idea behind the St Lucian-themed Dinner, Andrena says, is to create an event which will bring together key Saint Lucian delegates and other specially invited guests, to taste and sample food using St Lucian ingredients and product, which will be available for purchase through Drewton’s Farm Shop. The event will also serve as an opportunity to network with persons relevant to promotion, marketing and importing channels in the UK, to raise awareness of St Lucian products and services.

Following the dinner, members of the public will be invited to sample and purchase a range of St Lucian food, drink and craft products during Drewton Farm week-end from October 8th.